This article is a part of PayCEC payment insights

After being absent for a few pitches, in episode 10 of Shark Tank Vietnam, Shark Jimmy came back once again with a Golden Ticket to recruit an F&B startup. This episode is also special for the debut of Sweden Shark Erik Jonsson and the phenomenal pitching of many rising startups.

4 Sharks fought over an F&B startup, 2 went for the Golden Ticket, and 1 successfully struck a deal

Episode 10 of Shark Tank Vietnam started with the graceful introduction of Nguyễn Thị Thu Hoa, a Mường Ethnic Minority entrepreneur, who came to the show to raise $650.000 for 15% of her Trường Foods “sour meat” startup company.

Ms. Thu Hoa founded her food and beverage startup when she was 18 with no prior knowledge or experience in the field. Regardless, she has a hard-working will and a dedicated heart for her hometown's signature food, she kept learning and developing new recipes for her local cuisine and finding a way to bring it into mass production. The thing about aboriginal food is that you can’t keep the food fresh for long without any preservatives, traditionally, a batch of sour meat can only be preserved for 10 to 12 days, so it wouldn’t make it into modern distribution channels like supermarkets or be exported overseas. But thanks to Ms. Hoa’s restless efforts, Trường Foods can now guarantee 1 to 2 months of storage for their sour meat completely without any food additives and preservatives.

Nowadays, Trường Foods has had over 5000 points of sales and took up to 40% of the sour meat market in Phú Thọ and surrounding areas. The F&B company’s average revenue growth from 2015 to 2022 is 30% per year. And till 2021, its revenue has reached 2.2 billion Dollars a year. Trường Foods' goal is to gain 18 billion USD in 2025 and become the top 1 sour meat company in Vietnam.

Being unfamiliar with the Phú Thọ’s cuisine and considering the local food a hard item to export, Shark Erik Jonsson took a pass on his first startup of the show. On the contrary, the other 4 Sharks had the biggest interest in this F&B company and took turns to name their offers. Shark Hưng wanted 45% for $650.000 because according to him Trường Foods’ initial investment was only $350.000 and it’d only be fitting if they shared the stocks in half. Shark Liên wanted to accompany the F&B startup, especially with the quality control process, so she proposed the same amount for 49% of Trường Foods. Shark Jimmy later joined the negotiation with $650.000 for 30% of the business, he stood by the startup side and claimed that Ms. Hoa’s contribution in the past 10 years was significant so he only would trade in 30% of the startup to give her the motivation she deserved. Shark Bình told a small joke and said that he fancied the traditional cuisine because he loved drinking after hours and the dish would perfectly fit his style, so he wanted to invest $650.000 for 35% of the food and beverage startup.

So far, Shark Jimmy was the best deal for the startup in terms of percentage. To reassure Ms. Hoa, Shark Jimmy went further and took the Golden Ticket hoping to close the deal smoothly with this F&B startup. But to everyone’s surprise, Shark Bình also stood up and went for the $8.500 Golden Ticket. Facing the extreme competition between Shark Bình and Shark Jimmy, Shark Hưng and Shark Liên backed out of the game and gave out some final advice to the young Mường entrepreneur.

Ms. Hoa was overwhelmed with the deals and the welcomings of all the Sharks. She shared that she had put almost her whole youth and dedication into this sour meat startup. In order to preserve the food quality and achieve certain standards, the cost of Trường Foods production is 20 to 25% higher than other similar products in the market, however, the company still consumes over 40% of the segment, which said more than enough about her product quality. Therefore, she was confident that the company would be able to achieve its said goal and offered to lower the bargain by $650.000 for 20% stocks. After a while of consideration, Shark Bình agreed to her offer and invited Shark Jimmy to join him in the corporation with this potential startup. Eventually, Trường Foods sour meat successfully closed the deal with not one but two Sharks and 650.000 US Dollars.

The latest addition to Shark Tank season 5 was Sweden entrepreneur Erik Jonsson. According to Shark Erik Jonsson profile, he has been living and working in Vietnam for the past 10 years. The new Shark is currently the Executive Partner of Antler Early Stage Venture Capital Firm Vietnam and he wants to appear on Shark Tank to invest and give out his best advice for young startups. His main means of communication is English, but his long years of being in Vietnam have granted him the ability to listen quite fluently in Vietnamese, some of his speeches were even given in Vietnamese. Shark Erik Jonsson seems to be an interesting and engaging character adding to this year of Shark Tank.

Being new and shiny, Shark Erik was expected to fall a little behind in the already clicking board of Sharks. But against everyone’s predictions, Shark Erik went right in and struck a deal with a Metaverse startup right on his second pitching startup.

This Meta classroom startup was quite controversial to all the Sharks, making them fight over the potential and possibility of the whole Meteverse concept. While the 4 Vietnamese Sharks were interested in the idea, they were not willing to invest into such a venturous business, let alone Mr. Nguyễn Anh Tuấn - CEO of Elite Meta wanted $100.000 for only 1% of his company, which means the startup estimated price in total is ten million dollars. Shark Bình remarked this estimation as “insanely illusional” and immediately turned down the deal.

Shark Erik, the partner of a venture capital company, was the only who wanted to make a bargain with the startup. He asked many questions about the business and eventually said that the application of Metaverse into education was smart and prospective, so he wanted 15% for $100.000 of the company stocks. Mr. Tuấn Anh disagreed and made his final offer of $100.000 for 10% of Elite Meta. Shark Erik finally took the offer, closing his first deal ever on Shark Tank Vietnam.

BIN Corporation Group is a multidisciplinary international corporation with many different fields and business activities. Established in 2009, with 10 member brands, BIN Corporation Group has developed a tech-applied enterprise service ecosystem and always aims to grow our credibility and create a strong position in the world economy market.

Thanks to the combination of superior technology and advanced security systems of global standards, PayCEC payment platform is the top choice for individuals and businesses to make online transactions in a secure, rapid, and simple way, across all platforms and devices.

Shark Tank is the most prestigious reality show for venture capitalists and startups. Shark Tank program originated in the US and has created a big buzz back home, ever since the show has been franchised by many countries around the world including Australia, India, Mexico, Columbia, Indonesia, Nepal, Malta, and Vietnam. Hence, Shark Tank becomes a global platform for future startups despite borders and generational differences. Shark Tank comes to Vietnam under the name “Shark Tank - Thương Vụ Bạc Tỷ”, bringing a whole new playground for Vietnamese startups and businesses.

With 4 seasons and dozens of broadcasts, Shark Tank Vietnam has brought the opportunity to improve and expand the business scale for hundreds of Vietnamese startups. The Shark Tank 2022 season 5 promises to bring potential investment projects for sponsors, as well as breakthrough and development opportunities for new talented entrepreneurs.

The tenth episode of Shark Tank Vietnam season 5 closed with the following deals:

Stay tuned for more exclusive news and information about the grand deals of Shark Jimmy at PayCEC News segment.

What is an F&B concept?

Whether it’s a diner, a coffee shop, a bakery, or a Michelin restaurant, a food and beverage startup should have a particular concept to make it stand out from other places. An F&B concept is often recognized as the main theme and total branding of an F&B company, it can include many things from architectural design, furniture, and decorations, to the menu, staff uniforms, website, etc.

For example, a Chinese restaurant often has the color red covered all over the place, with lanterns, and Mandarin characters on its signboard - using all the signature features of China, the food and beverage startup owners can demonstrate their concept of a typical Chinese restaurant.

Is food and beverage a good business?

According to recent statistics, the food and beverage retail industry alone in the United States is worth about 880 Billion US Dollars in 2021. Therefore, if you were to launch an F&B startup, you might have a good chance of being successful since the market size is gigantic and honestly, can any of us survive without eating and drinking? So, to answer this question, yes, food and beverage is a good business.

What is the best food business to start?

The food business market size is really big, but it also has a lot of competitors. Before opening an F&B startup, you might want to take some of these food business ideas into consideration:

Which food business is most profitable?

In case you find it hard to choose a business model for your food and beverage startup, here is the list of some most profitable food businesses for your reference:

How can I start food and beverage?

Just like any other startup, the beginning of an F&B company requires entrepreneurs to execute these steps thoroughly and deliberately: 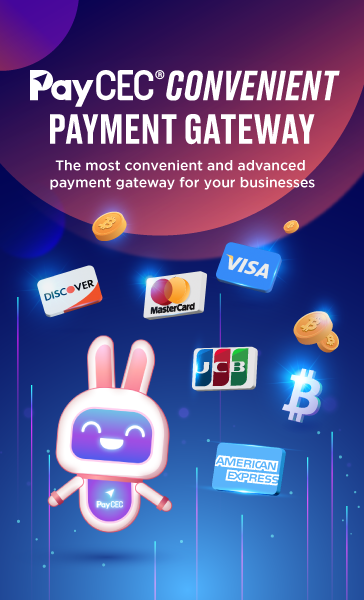 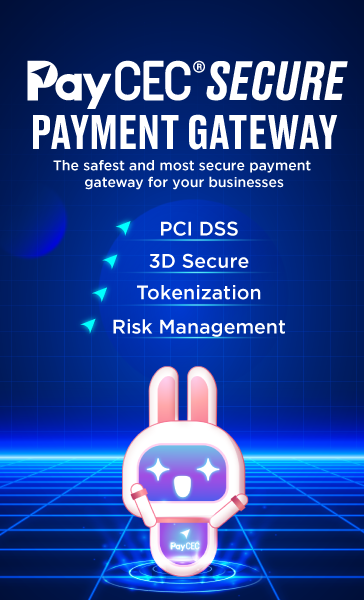 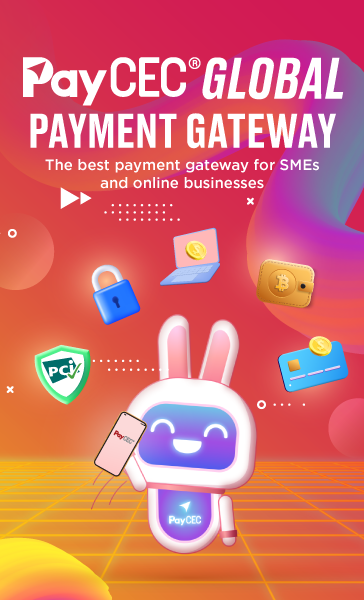 Shark Jimmy made his first 2 deals on Shark Tank Vietnam with the value of 1.4 Million Dollars

International payment gateway for tech support business - No time like now to talk about it!

O2O commerce - A digital transformation of online to offline business

Virtual merchant accounts - the answer to your online business needs

The Art Of Selling In E-Commerce: Up Sell And Cross Sell

Can virtual cards create magics for online shopping and what should merchants do?

Why do you need one Merchant ID Number?

E-Wallet Comprehensive Guide: Why Digital Wallets Are Critical For Merchants?

What are Chargebacks and how can we manage chargeback disputes?

We are honored to serve as your reliable business partner and financial service provider in the industry and other business-related services. With the help of our professional staff, to help merchants to achieve their goals for the development and expansion of the international business market.

Our payment flow has developed in the e-commerce world to perform seamlessly and effectively across all platforms and devices. We take pleasure in combining technology with customer service, to solve your concerns at the moment.

PayCEC is a fully worldwide payment network that not only allows merchants to be paid immediately and securely, but also allows them to withdraw money in multiple currencies to their company accounts.